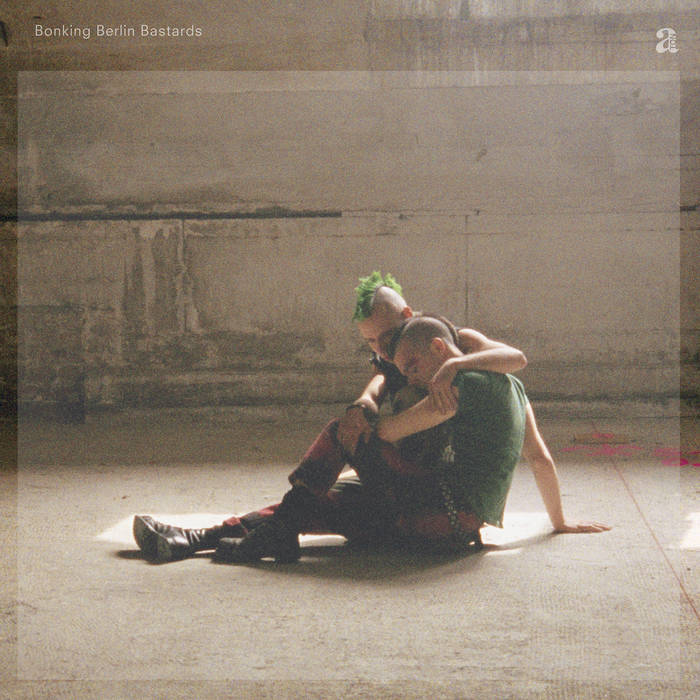 broosym its dark, wild, techno, dub, punk all at ones. very beautifull realease

The music follows a group of squatters, punks and drag queens as they fuck, party and stumble their way through an empty city at the turn of the millennium. Approaching these themes more through location than plot, the film’s narrative freedom is also a narrative of freedom; between chance encounters and sex in public, atop the maze of roofs in the city’s former East, bent over bridges and moaning in ecstasy at oncoming traffic, pants down in telephone booths, packed into sex clubs, in the shadows of abandoned factories and techno clubs lost in time.

Composed by improvisational techno trio AeoX and noise / industrial producer Rouage aka CNM (respectively), the music spans a broad range of appropriately pounding industrial, weird techno, noise, ultra-stoned ambient, improvised dub and electro. It’s a sonic spectrum that connects Berlin’s queer hardcore techno and squatter party scenes from which AeoX and Rouage emerged, drawing a direct line between the likes of Berghain-forerunner OstGut (a primary meeting point for the film’s cast & crew) to the more industrial, breakcore and noise-oriented independent party collectives and locations who provided multiple settings for the film, including Grüne Hölle and Stellwerk.

Listen to snippets of all tracks on SoundCloud: soundcloud.com/ostgutton-official/sets/bonking-berlin-bastards-ost-a-ton12/